On November 7, the cast and crew of the second season of “Chief of Staff” participated in a press conference where they shared, “The story has become more consolidated than in season one.”

1. Lee Jung Jae’s transformation from chief of staff to assemblyman

As described by Lee Jung Jae, “As chief of staff, since Jang Tae Joon tried his best to hide his true colors and wait for the right time, he will now be officially and authentically ambitious as an assemblyman.” Not only has his title changed, but Lee Jung Jae’s character also sees a shift in his goals and his approach to reaching those goals. As Kim Kap Soo’s chief of staff, there wasn’t much he could do on his own and had to influence others to reach his personal goals. To gain his nomination, he had to make Kim Kap Soo the minister of justice and turn a blind eye to the death of a worker at a cement factory run by CEO Lee Chang Jin (playing Yoo Sung Joo), who was responsible for Lee Jung Jae’s funding. In order to make sure that Shin Min Ah’s bill would pass, Lee Jung Jae had to instigate conflict with both Kim Hong Fa (playing Jo Kap Young) and Kim Ik Tae (playing Lee Sang Kook). Now, as an assemblyman equipped with both the initiative and voice, Lee Jung Jae has the ability to act of his own accord.

2. Changes in relationships from cooperation to distrust

The trusting and supportive relationships from season one will transform into distrust and conflict in season two. Watching Lee Jung Jae put on his badge as assemblyman causes Shin Min Ah and Kim Dong Jun to lose their trust in him. Although Shin Min Ah knows how much hard work he had to put in to get there, watching him bow respectfully to Kim Kap Soo at Lee Sung Min’s (Jung Jin Young‘s) funeral while being insulted was hard for her to understand. Kim Dong Jun also believed in and respected Lee Jung Jae, but he had no choice but to turn to anger after he blatantly neglected the wrongful deaths of the young workers and the hardships of the merchants at Seobuk Market. In season two, Shin Min Ah and her new secretary Kim Dong Jun transform their relationship with Lee Jung Jae from cooperation and support to misunderstandings and mistrust. On top of that, they are now intricately intertwined with Lee Jung Jae’s new chief of staff, Lee Elijah.

With the addition of new characters comes their unpredictable actions and relationships. Jung Man Sik will appear in between Kim Kap Soo and Lee Jung Jae as Prosecutor General Choi Kyung Chul of the Supreme Prosecutors’ Office and pose a new kind of threat. According to the drama director, perfectionist Choi Kyung Chul will “experience his intentions being distorted and used following the logic of politics.” Park Hyo Joo (playing chief of staff Lee Ji Eun) will work with Shin Min Ah and present a new distraction as someone who is weary of Lee Jung Jae and thinks that he is a dangerous person. A sudden addition to Lee Jung Jae’s office is Jo Bok Rae (playing chief of staff Yang Jong Yeol), who is yet to be determined as an advantage or disadvantage to Jang Tae Joon, but is someone who does not care about the methods he has to take to achieve a desired end goal. 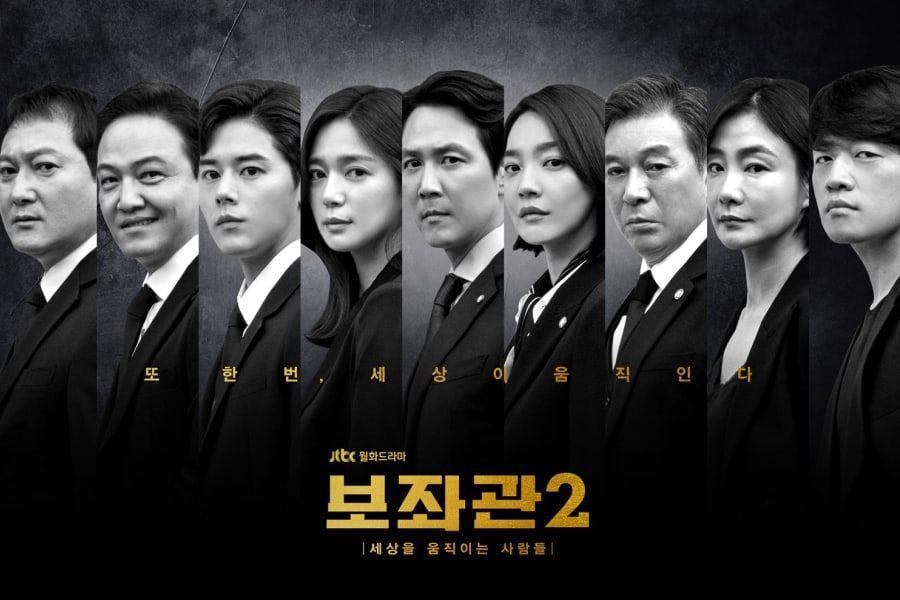