Fun and comfortable, Lee Dong Wook put what he envisioned for his talk show in an endearing and impressive manner. Wanting a classy yet modern feel, his intention to create genuine connection as a host made the show intimate yet interesting.

For its grand premiere, Lee invited his friend Gong Yoo and the episode frolicked on amazing interactions between the two. Read on the highlights of the first episode of Because I Want To Talk. 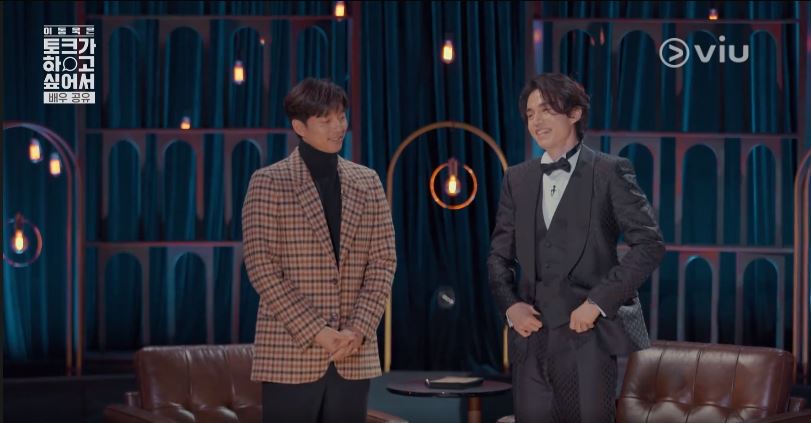 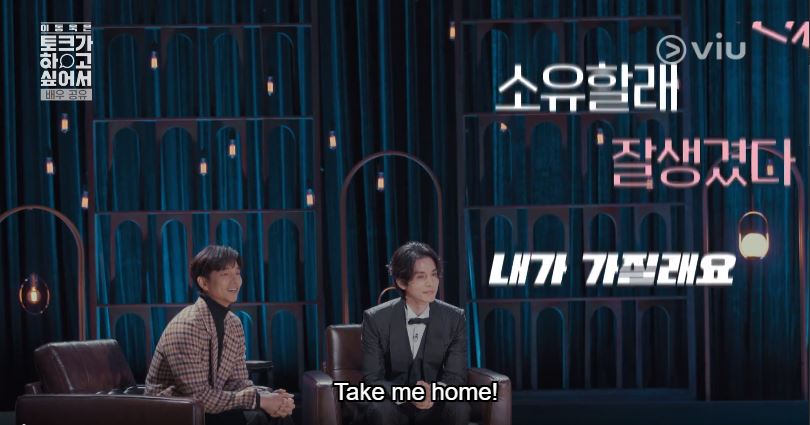 With a live band and audience set up, the talk show gave off a lively feel owing to instantaneous responses from the crowd. As soon as the program began, Lee Dong Wook put the audience under his spell and was welcomed with roaring cheers. Forgetting how women by nature have fickle hearts, when he summoned Gong Yoo as his first guest, Lee pouted and hushed the female-dominated audience. 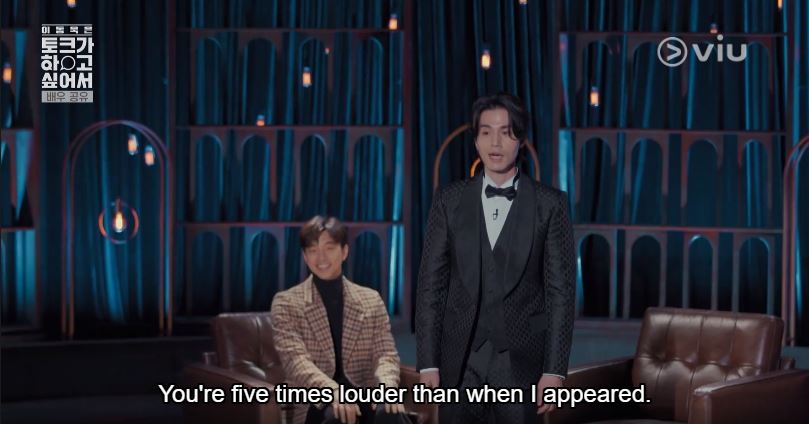 Part of Gong Yoo’s charm is his elusiveness. Confessing he has not appeared in front of a live audience in the last 15 years, it revealed his deep connection with Lee Dong Wook for agreeing to appear in the show. Because of that Gong got surprised to how straightforward the fans are with their requests and cute love declarations and praises.

Dissing how the guesting was decided over a bout of drinking session, Gong Yoo relayed why he does not appear in talk shows. “I think I am not an interesting person and there’s nothing to talk about me,” he said.

The lively audience responded how it is not true. To which Lee agreed citing that he does not even need to talk and just stay still and be the handsome guy that he is. 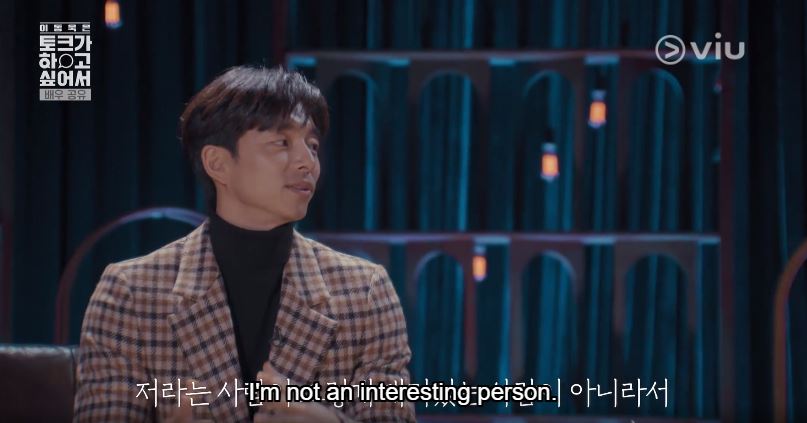 Goblin has truly cemented the bond between the two actors. When asked why he agreed to appear in Because I Want To Talk, Gong replied feeling at ease knowing Lee is the host and how they know each other well. Lee expressed gratitude only to hear Gong’s joke that it was a lip service for the sake of his show.

Pushing his mischievous intentions to put his friend on the spot, he asked Lee the reason why he likes him. Lee responded how Gong helps him a lot and feels that he is a genuine good person so he takes effort to get in touch with him.

On that note, Gong sweetly spilled a bromance secret of theirs. He divulged how Lee’s nickname Dongseung (Dongwook + inferno) is because of his habit of texting him repetitive words. He sent messages like “kkebi kkebi” or “let’s meet let’s meet” and wrapped it up with love emojis. 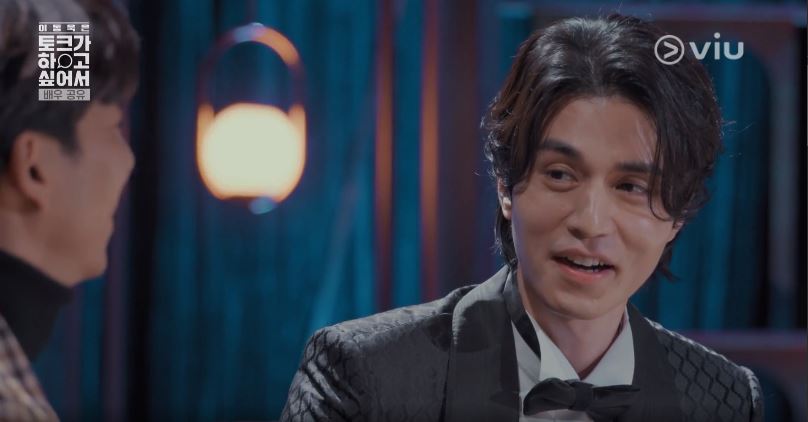 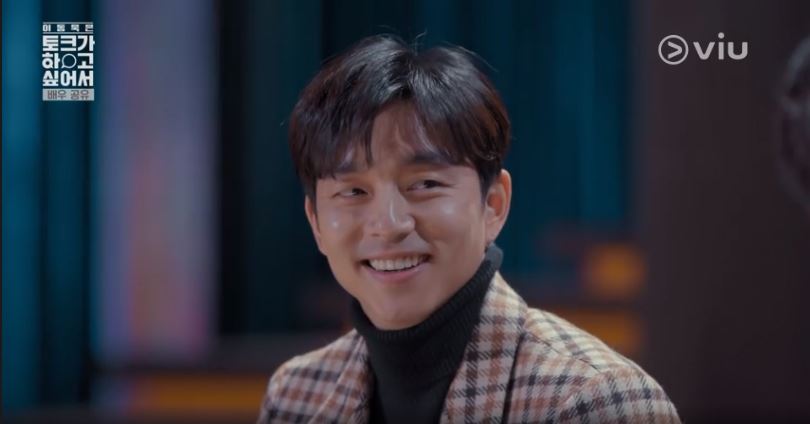 Intent to make a smooth first episode, Lee and Gong had a quick bonding trip in Jeju island to build chemistry even more. While Lee struggled with the navigation system, Gong played “The First Snow” by Jung Joon Il.

Something about the music led them to a quick chat reminiscing the harrowing “Eun Tak dying scene” in Goblin. Lee confessed how he knew it was a hard scene for his hyung. Gong also felt sad thinking about that time. They also talked about Gong’s recent film with Jung Yu Mi and how it has both made them appreciative of their mothers.

From there, they sample sumptuous dishes and Gong surprised Lee with cake to celebrate his birthday.

Obliging to recreate the famed “Goblin-Grim Reaper Green Onion Runway Walk”, Lee and Gong gamely played their roles to the coaxing of the fans. After that, they worked on bringing live performances of attention-getting news headlines about them.

In one scene, Gong was asked to sport his heart-racing gaze. Comedienne Jang Dong Yeon played her role well spraying her comic antics at impeccable timing. Next up, the two friends sported their chiseled chin features in one frame. 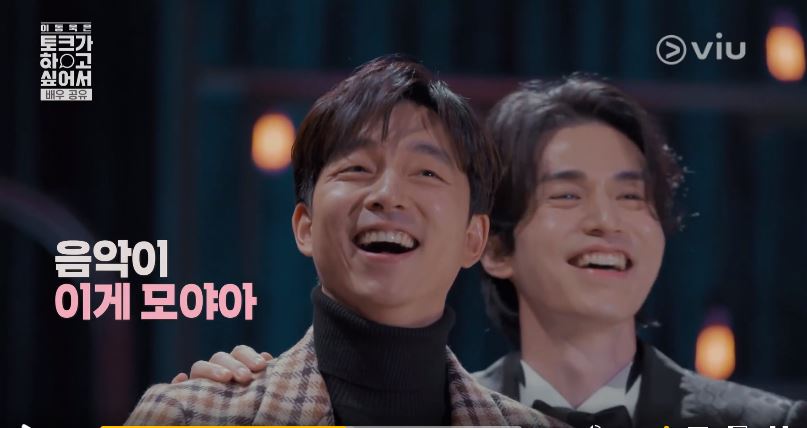 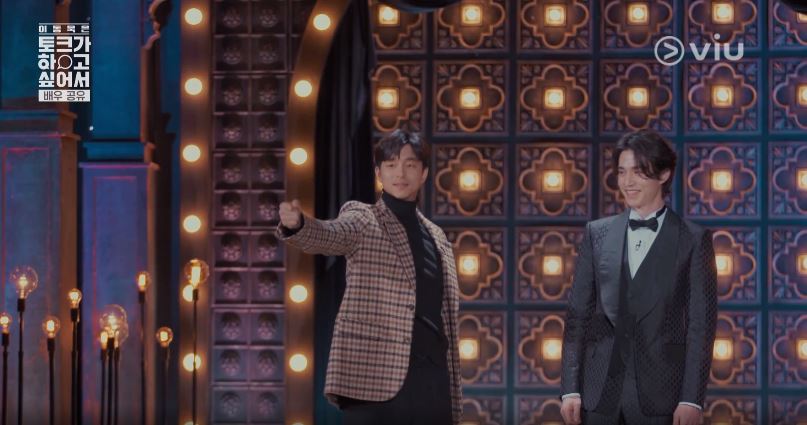 Moving to the next segment, Gong was challenged to unleash his boasting skills in “Flex Talk”. Explaining how marketing for celebrities these days had evolved to casual flaunting, the hosts walked the guest through on the concept of showing off through key words associated with him.

Adept to Lee’s taunting, he smoothly boasted how there are a lot of things for him to boast about when he was given a sample question of what makes people go crazy about him. Answering how his followers seem to appreciate his diligence as an actor, the response gets a full failing mark.

Understanding modest answers won’t do him any good, Gong rises to the challenge. However, Lee rushed him earning a sharp rebuttal from Gong on why his friend is in a rush. Then, he suavely quipped that he is good looking to the applause of fans.

Riding the momentum of his show off party, Gong added how his fashion is faultless. Getting the hang of the challenge, Gong Yoo aced the next key words. For “Brand Power”, the actor shared how the beer he currently promotes had already reached its target year-end sales in Summer selling 10 beers per second.

Addicted to flexing, Gong boasted how beer bottles keep on popping everywhere. Adding to that, his furniture advertisement has reached 10 million YouTube views while his movie grossed over 25 million US dollars earning cute chuckles from the audience.

Choosing to forego flexing about his small face, Gong agreed vaunting his image as a “real actor”. Probing on what extreme extent he has gone as an actor, Gong remarked that for his movie Suspect, he underwent strict diet regimen.

With Lee reminding him to show off, Gong responded by saying how since he has a toned body, he only needed to do a few barbel lifting. He added how the muscles pumped in no time and how he achieved washboard abs easily. 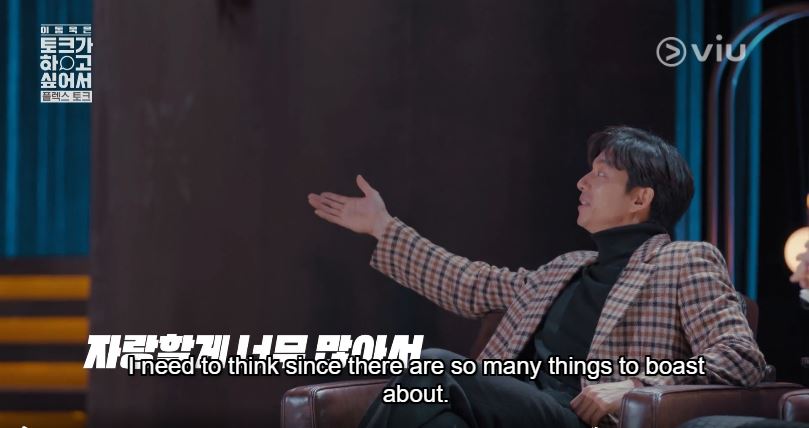 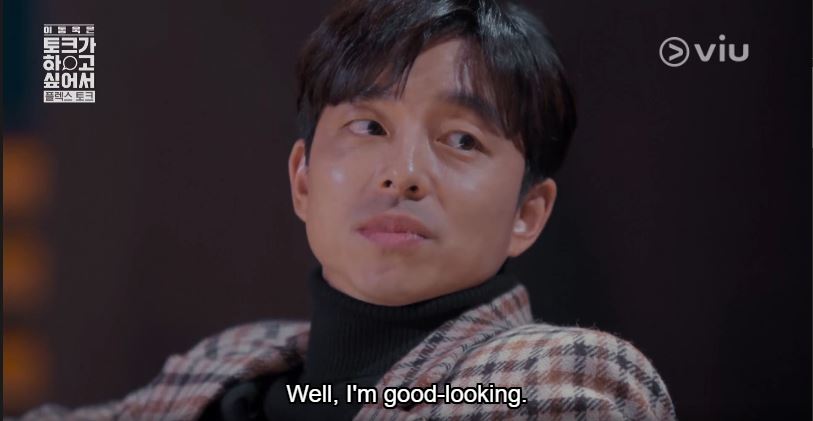 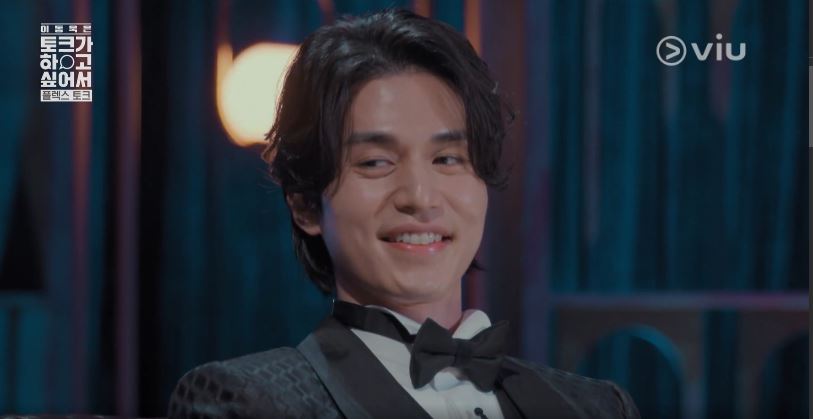 It was an endearing night for the two equally amazing actors and a great start for Lee’s dream project.

Tags: #Because I Want to Talk;
Comments
Comments
Latest News