In the last broadcast, Jukyung and Suho confirmed each other's hearts and fired a flare of romance from both sides. In particular, at the end of Episode 8, after Suho delivered his confession to Jukyung, two shots of two romantically kissing each other were drawn, causing the viewers' hearts to pound. Accordingly, attention was focused on the future romance.

Among them, the new still contains the figure of two people standing in opposite directions wearing Jiu-Jitsu uniforms. Moon Ga Young makes expression and posture like a child, as if she was excited about Jiu-Jitsu, which she first encountered. Cha Eun Woo makes her heart flutter with a smile-like expression, whether Moon Ga Young is cute.

In addition, Moon Ga Young and Cha Eun Woo's eye contact is captured, giving a thrill. Cha Eun Woo is looking at her eyes as if hugging Moon Ga Young lying on the floor. Moreover, Cha Eun-woo's caring hand, who is supporting Moon Ga Young's head with her own hands, makes women's hearts tremble. This raises the expectation of the two-way romance 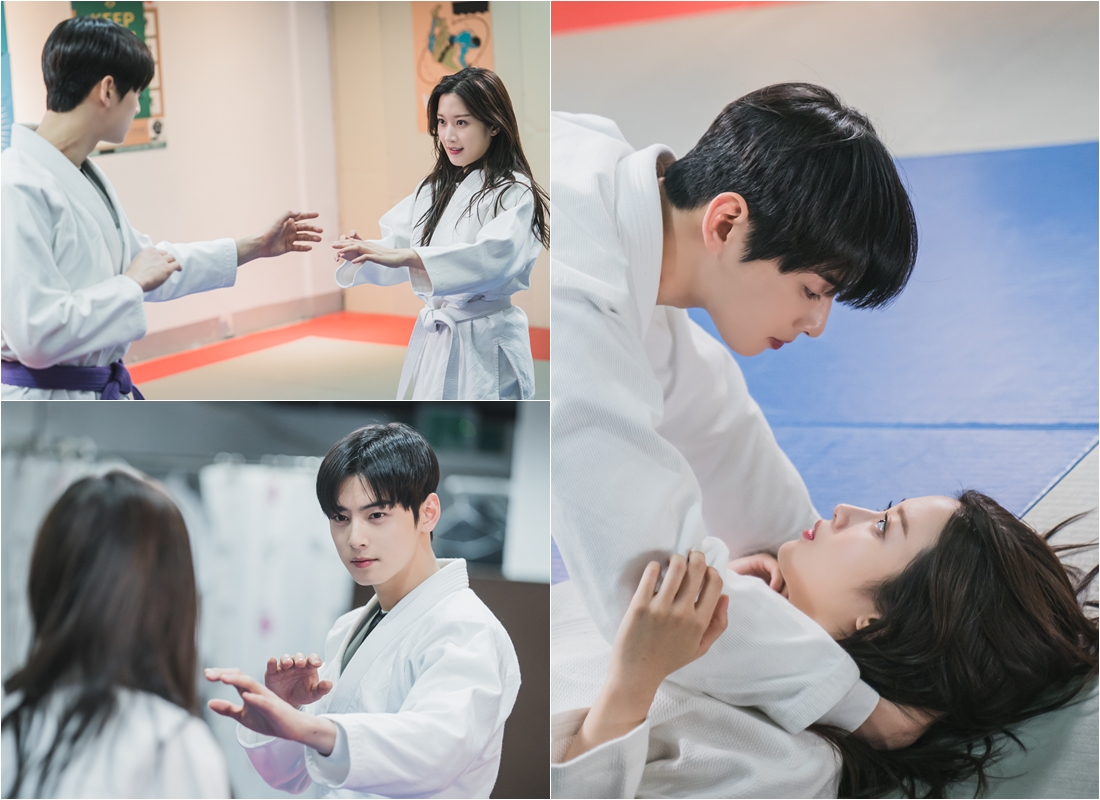