In order to act as a singer in the drama, Nam Gyu Ri can also record the necessary sound source and check the drama for an attractive voice.

Nam Gyu Ri boasted her goddess beauty with her finger heart encouraging her shooter. "It is a great honor to postpone the drama in the meaningful drama of the 100th anniversary of the establishment of the Provisional Government of the Republic of Korea. I want to feel the history of our nation's hot uprising with viewers. "

'"Different Dreams"' is the drama of the 100th anniversary of the establishment of the Provisional Government of the Republic of Korea. It is an espionage action drama spread by a Korean doctor, Lee Young-jin, who grew up in the hands of a Japanese, and Kim Won-bong,

The jazz singer Micky of Kyungsung Girls' Club opens the door of heart to the heart of Lee Young-jin (Lee Yi-won), but she finds that her favorite Fukuda (Im Ju-hwan) eyes are heading to Lee Young-jin. 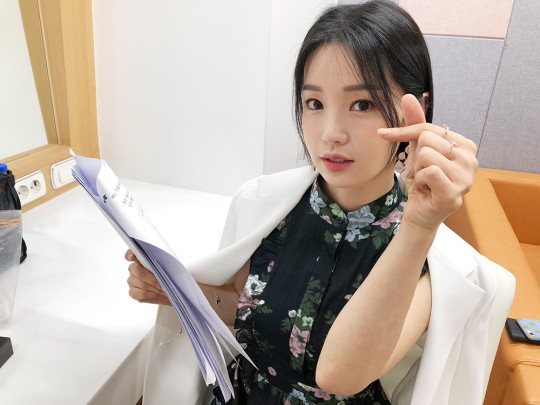