Gong Hyo-jin (Jealousy Incarnate) is returning to the small screen with When The Camellia Blooms, a romance drama that will launch globally on Netflix beginning September 18.

On September 3, Netflix officially announced that it got the exclusive rights to distribute When The Camellia Blooms outside of South Korea and released the official trailer of the drama. The new drama is the 8th Korean-language TV show to be branded as a “Netflix original series” so far in 2019 and launched weekly on the streaming giant, following Rookie Historian Goo Hae-ryung, Chief Of Staff, Arthdal Chronicles, One Spring Night, Abyss, Possessed, and Romance Is A Bonus Book. 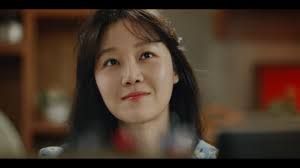 Two episodes of the series will be available on Netflix weekly from September 18 for most APAC and English-speaking countries and from September 28 for the rest of the world. However, viewers from Japan will not be able to watch the drama until all episodes are released at once on November 15.

In South Korea, When The Camellia Blooms will be broadcast on KBS2 every Wednesday and Thursday at 10 p.m. beginning September 18, replacing the recently ended thriller Justice.

The drama centers on a woman named Dong Baek (which means “Camellia flower” in Korean), played by Gong Hyo-jin, an orphan who grew up to become a single mother because of her lousy relationship in the past and now runs a small bar that is also called “Camellia.” Kang Ha-neul (Moon Lovers: Scarlet Heart Ryeo) plays her love interest, a do-gooder police officer who falls in love with her at first sight and embraces her dearly despite the social stigma against single parenthood.

When The Camellia Blooms is one of the 11 new Korean dramas in September 2019. Its production team is led by PD Cha Young-hoon of Are You Human Too (2018) and screenwriter Im Sang-choon of Fight For My Way (2017).