On August 18, Goo Hye Sun took to Instagram to share that Ahn Jae Hyun wanted a divorce. She subsequently shared screenshots of text messages (now deleted) between the couple, disagreeing about their divorce. Later that day, HB Entertainment (who represents both actors) released an official statement about the divorce, which Ku Hye Su denied on Instagram. HB Entertainment also recently announced they would be taking legal action against false rumors related to the divorce.

As a law firm and Ku Hye Sun’s legal representatives, we are stating Ku Hye Sun’s official position on the issue of her divorce with Ahn Jae Hyun through this press release.

First, we would like to convey Ku Hye Sun’s regret at causing concern and worry to the fans who have watched over her entertainment career and her marriage.

While Ku Hye Sun and Ahn Jae Hyun have “discussed” their divorce, they never fully “agreed” to divorce. Currently, she has no desire to divorce, and we would like to clarify that there are no exterior causes for the marriage breakdown. A draft of the divorce agreement has gone back and forth between the two, but the document has never been signed and sealed.

Just as Ku Hye Sun herself revealed, it is true that she took steps to discuss divorce after receiving stress from Ahn Jae Hyun’s lack of interest in their marriage, his betrayal of her trust, and his frequent and intimate calls with other women while in a state of inebriation. However, after Ku Hye Sun’s mother received a psychological shock and her state of health worsened, and out of a desire to protect her family life, Ku Hye Sun stated clearly on Instagram that she has no desire for divorce. Her current feelings about her mother and her family have not changed.

Therefore, articles about Ku Hye Sun and Ahn Jae Hyun’s divorce being mutually agreed upon are completely false and without basis.

Moreover, Ku Hye Sun is no longer able to trust her agency, who one-sidedly managed their artist’s private life, and has confirmed that she can no longer work with them. We hope to terminate her exclusive contract with them as soon as possible. If her agency does not cooperate, then there will be no choice but to take legal action.

We hope that there will be no more speculative articles without any evidence published about Ku Hye Sun and Ahn Jae Hyun’s divorce.

Ku Hye Sun once again conveys her regret at causing the public concern through her private affairs, and we will work to resolve the issue as soon as possible. 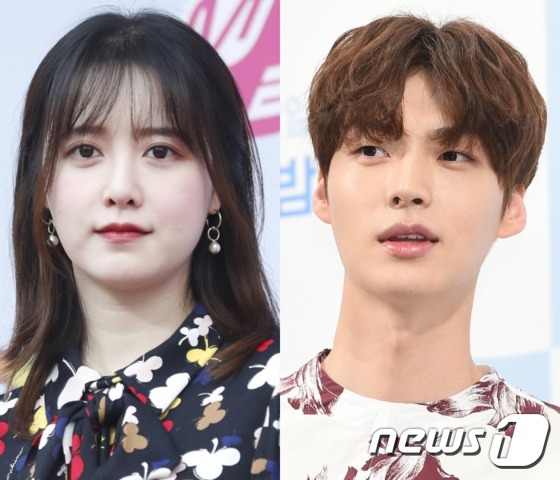