[K-Drama]: Kim Ji Suk has confirmed his appearance in an upcoming drama "When the Camellia Blooms"

Kim Ji Suk has confirmed his appearance in an upcoming drama with Gong Hyo Jin and Kang Ha Neul after previously announcing that he was in talks!

The drama he is set to appear in is KBS’s upcoming Wednesday-Thursday drama “When the Camellia Blooms” (literal title), which will be a romantic thriller comedy about the love between three couples. It will center around the story of a woman named Dong Baek (played by Gong Hyo Jin) and shows how her love life is tied to a good man, a bad man, and a cheap man.

Kim Ji Suk will take on the role of Kang Jong Ryul, Dong Baek’s first love and a star baseball player who almost made it to the major leagues. He currently appears in a childcare variety show as a doting father to his daughter, and his wife is a social media influencer. Although they appear to be perfect on the outside, once cameras turn off and all pictures are uploaded, the couple barely speak to each other. They are “#Relationship Goals” in the virtual world but are basically strangers in real life. Jong Ryul was inexperienced in love when Dong Baek met him at the age of 23, but 33-year-old Jong Ryul is different now. He appears flashy on the outside, but he’s timid and relatable when you take a closer look.

The production staff explained, “Kim Ji Suk is an actor who has his own unique color. He’s able to bring a natural crafty aura to his characters, and we believe this will help bring Jong Ryul to life,” and “‘When the Camellia Blooms’ is set to bring the laughs and tug at viewers’ heartstrings with its relatable love stories this fall. We hope people will stay excited till the premiere.”

Kim Ji Suk will join Gong Hyo Jin and Kang Ha Neul in the drama, which is set to begin airing in September. 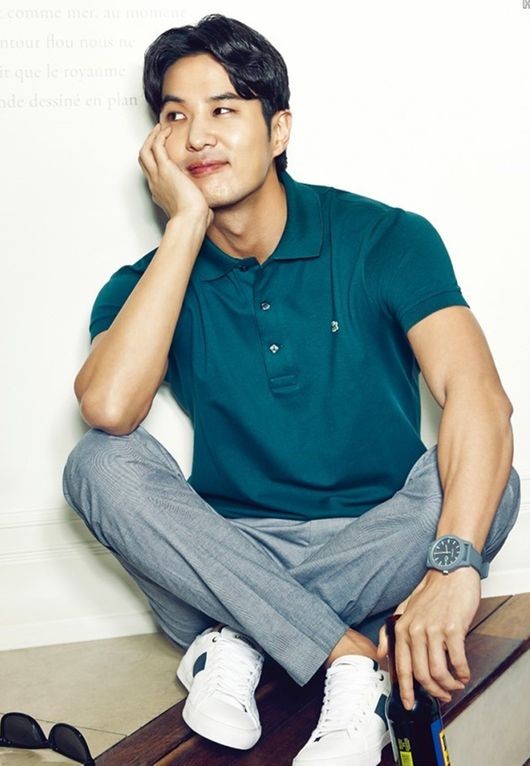