The trend of bringing Kpop through time to ancient times is no longer a strange thing on Korean screens. Viewers were also "laughing" when Kwon Yool brought BTS's "Blood, Sweat and Tears" ancient times in "Haechi", Park Ji Hoon has now brought "Nayana" from Produce 101 to "Flower Crew: Joseon Marriage"

Returning to the small screen since he was still a child actor, Park Ji Hoon proved his acting skills with a super-natural performance in the first two episodes of "Flower Crew: Joseon Marriage". In an attractive costume project with a handsome force that will delight fans, Park Ji Hoon will take on the role of Go Young Soo, one of the top three male matchmakers in the Joseon period. Known as one of the best men, Go Young Soo can make any of his customers "makeover", become a completely new person with the ability to "catch trend" of his good fashion. 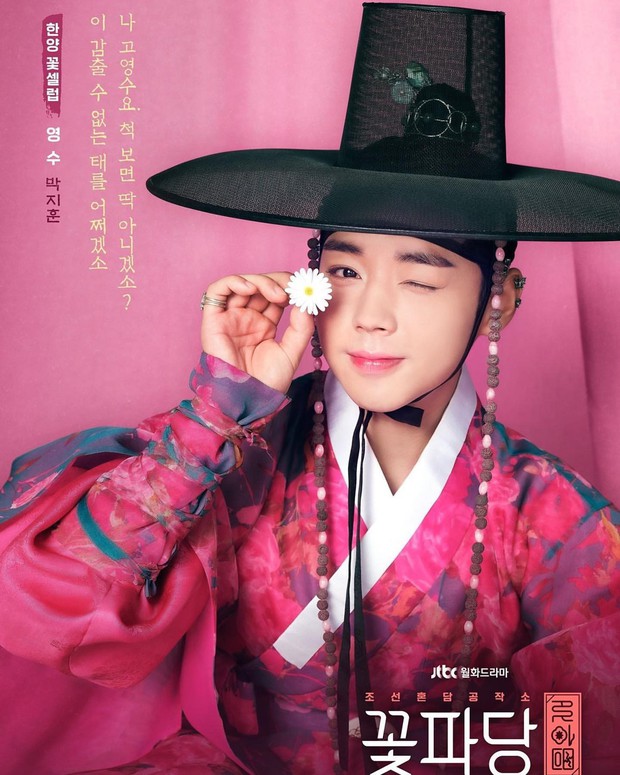