[K-Drama]: Suzy with her cool agent appearance in a new action drama

The action drama "Vagabond" starring Suzy is due in September. The drama is based on a spy project about a man who discovers the truth about corruption hidden after a mysterious plane crash. This male lead will be played by Lee Seung Gi.

Suzy plays Go Hae Ri - the secret agent - the daughter of a former Marine. Her father died of saving his subordinates. Go Hae Ri became the breadwinner of the family. To hide her true identity, she worked at the Korean Embassy in Morocco. The aforementioned plane crash caught Hae Ri in a series of suspicious events. 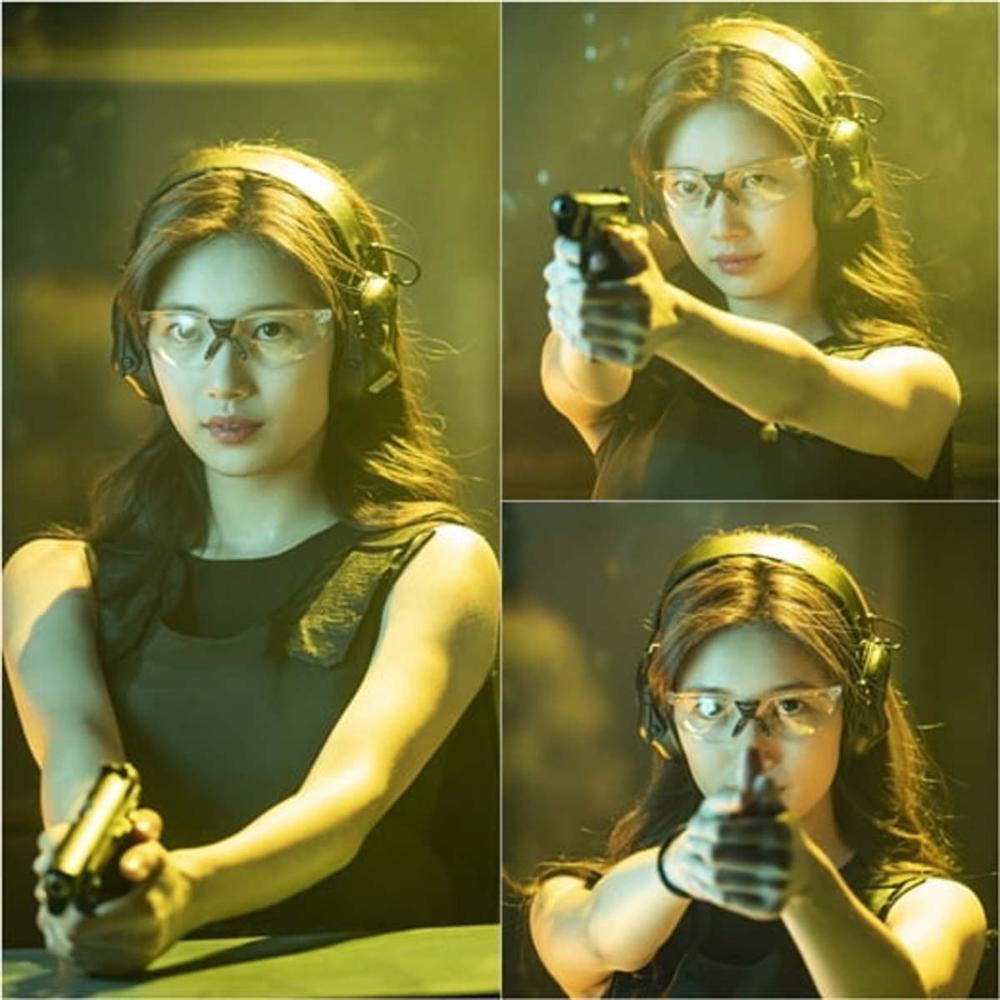 The film production team has released new photos of Suzy in the making of Go Hae Ri. She wore safety goggles, bulletproof vest in the shooting studio. Suzy received praise for this pose when she first tried her role as a agent.

The filmmakers gave a lot of compliments to Suzy's focus. To play Go Hae Ri, "National First Love" had to practice shooting as well as many other action scenes. In addition, when filming an action drama like Vagabond, the actors must follow strict rules during filming to ensure safety. Suzy maintained a calm and serious attitude on set, creating tension to ensure focus on the role.

"Vagabond" will premiere on September 20, after Ji Sung's "Doctor John" is finish. In addition to being broadcast on SBS, this drama is also copyrighted by Netflix and broadcast on their system.