tvN Asia proudly announces its latest 24-hour express drama When The Devil Calls Your Name, starring Jung Kyung Ho, Park Sung Woong, and Lee Seol, which will premiere on tvN from August 1 (Every Thursday and Friday) at 9.45pm (GMT+8) in Singapore and Malaysia, and at 8.45pm (GMT+7) in Indonesia. 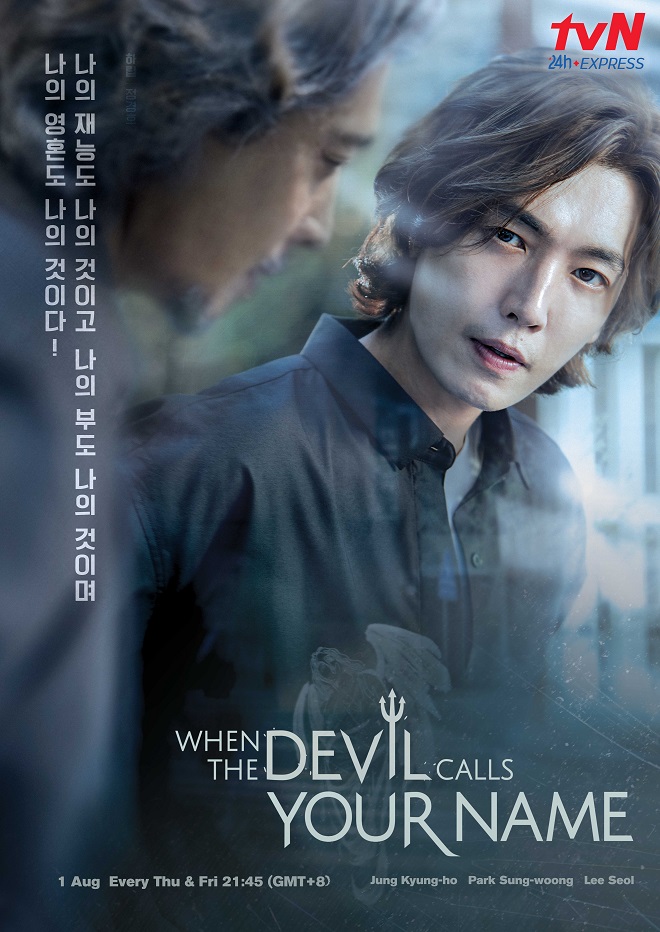 Inspired by German writer Johann Wolfgang von Goethe’s work Faust, the fantasy drama depicts the story of Ha-rib (Jung Kyung Ho), a songwriter who chases after money and fame, sold his soul to the devil in exchange for 10 years of youth and success. However, as the deal is nearing its end, he begins to bargain for an extension, which leads to his need of finding three people who would trade souls with the devil, and collecting their contracts. Later on, he finds out the harsh truth that his success is the result of stealing the talent and life of a young girl Lee-kyung (Lee Seol), and struggles to restore his life as well as the people around him. Through this process, he eventually realizes the essence of life. 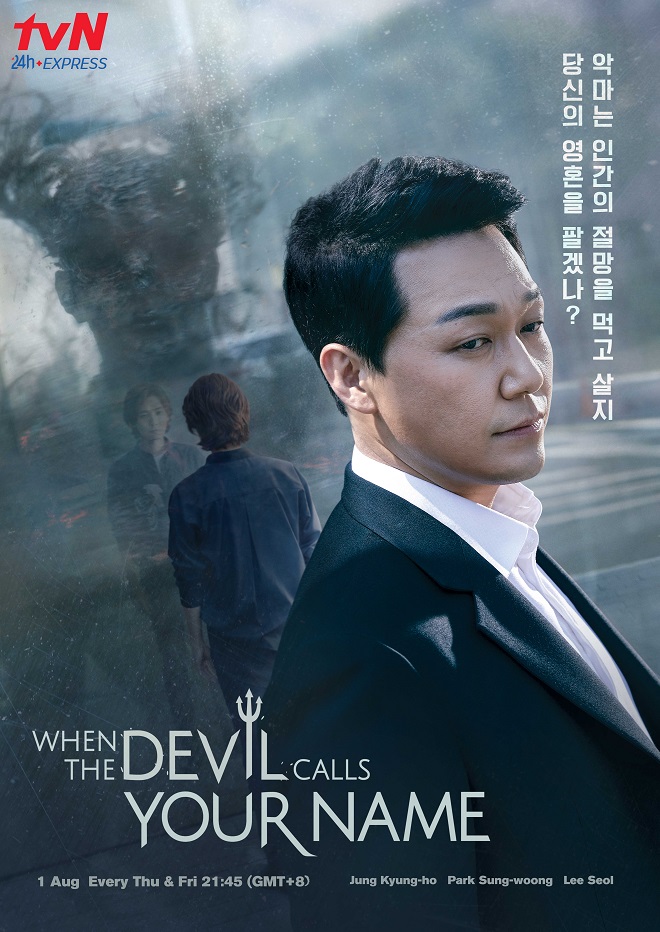 “Although this is a fantasy drama, the theme is highly related to human imaginations and desires, so it will definitely strike a chord in audience’s heart,” Jung Kyung Ho remarked. On the other hand, Park Sung Woong, who played the role of Devil Ryu in the drama, was indeed an underrated actor before turning into the devil. “Though the theme of this drama is relatively heavy, I will try my best to illustrate the ideas in a more comical and relaxing way,” expressed Park. 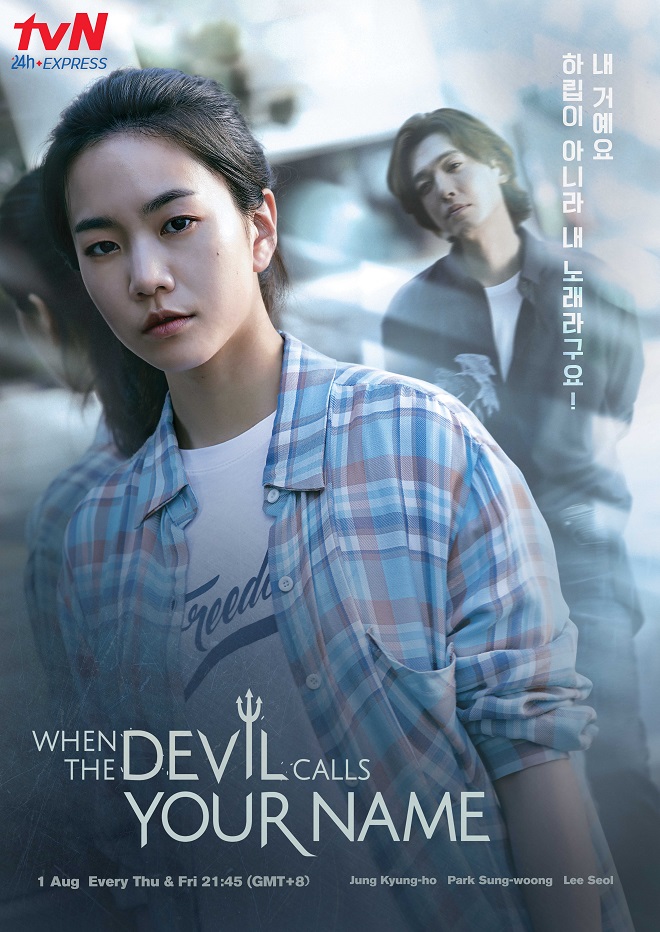 When The Devil Calls Your Name will broadcast on tvN from August 1 (every Thursday and Friday) at 9.45pm (GMT+8) in Singapore and Malaysia, and at 8.45pm (GMT+7) in Indonesia. The drama is paired with English, Chinese, Bahasa Malaysia and Bahasa Indonesia subtitles. 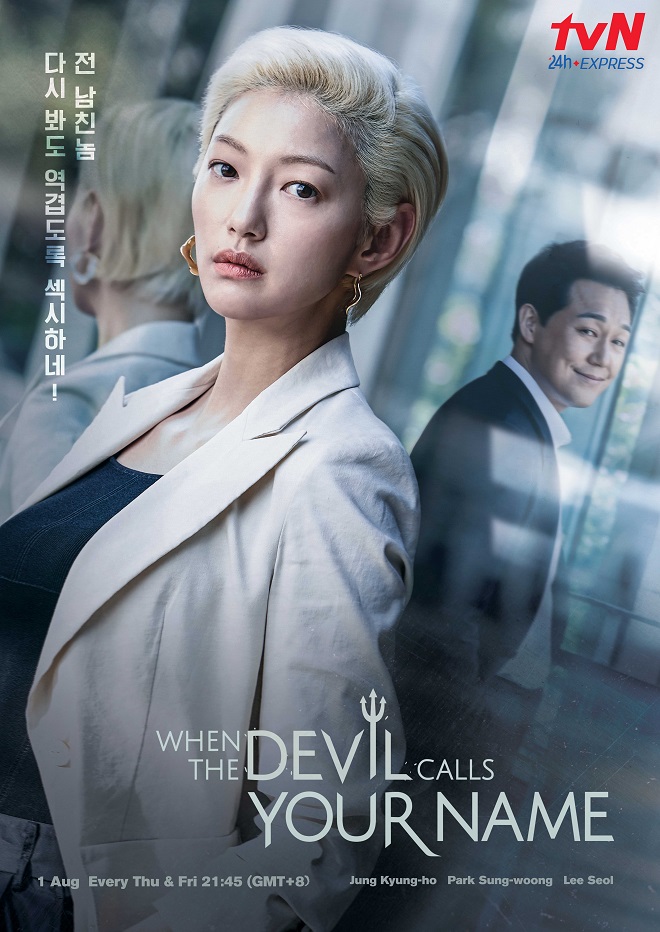