Cha Dal Gun (Lee Seung Gi) becomes an awakened tiger in the face of his nephew’s death in a mysterious plane crash. As an orphan himself, he had raised his nephew singlehandedly in place of his brother who had passed on. Triggered by the large-scale cover-up of the incident, he sets off on a journey to discover the truth. Go Hae Ri (Suzy) is the eldest daughter of a marine who had died during an operation. She has always wanted to be a normal civil servant to support her family, but life had other plans and she ends up as a National Intelligence Service (NIS) agent. Their lives intertwine as they discover a tangled web of corruption behind the plane crash.

In the new stills, Go Hae Ri looks suspicious at the South Korean embassy in Morocco. Inside the consulate, she’s sitting in a chair as she purposely rips her own stockings in quick motions. When someone else enters the room soon afterwards, Go Hae Ri simply flashes a calm smile at them. 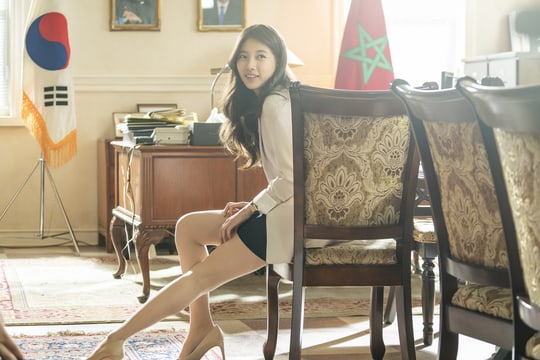 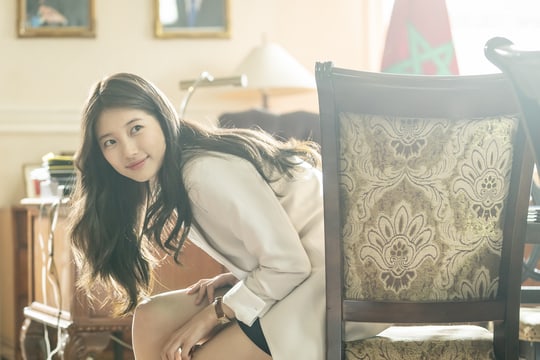 However, in the following stills, Go Hae Ri appears completely serious, the smile having disappeared from her face. After making a call, she quickly climbs up the chair to remove the Korean flag that’s hanging on the wall and appears to be urgently carrying out some secret orders. Viewers are curious to find out what kind of mission secret agent Go Hae Ri has received instructions for. 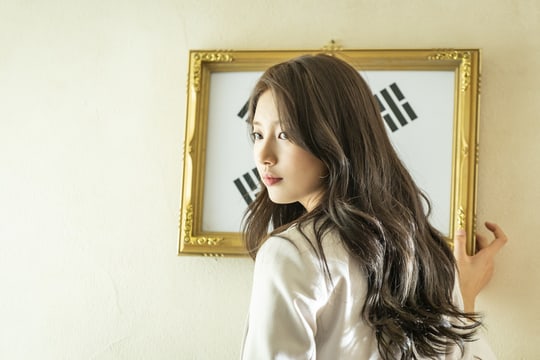 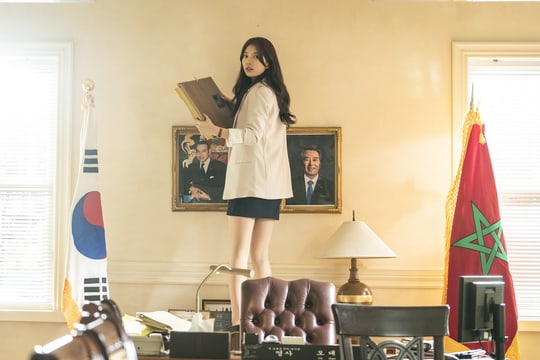 On set, Suzy captivated the production team by skillfully portraying the scene in which she had to quickly transform from appearing natural to overcome a dangerous situation to looking charismatic while carrying out a secret mission.

Celltrion Entertainment shared, “[Viewers] will be able to feel that Suzy is completely different from before through ‘Vagabond.’ Please check out black operation agent Go Hae Ri, who has been created by Suzy’s active engagement, through the broadcast.”

“Vagabond” will premiere on September 20.