On August 4, Seoul Gangnam Police Station revealed that they conducted a search and seizure on businesses located on six floors in the building owned by BIGBANG’s Daesung on charges including violations of food sanitation laws.

The search and seizure was carried out from 11 a.m. KST to 2:45 p.m. KST on August 4. A source from the police station explained, “It was conducted to look into matters related to violations of facility standards and hiring of hostesses. We will analyze the evidence we have collected and continue our investigation.”

Daesung acquired the building in 2017. It is currently under suspicion of housing illegal adult entertainment businesses and facilitating prostitution. In April, four of the businesses were found to be violating food sanitation laws. Of those, one was found to have registered as a regular restaurant establishment but had employed and advertised hostesses. The business will face a month-long suspension that begins on August 16. The other three were also registered as regular restaurant establishments but were found to be operating as adult entertainment businesses, even installing karaoke machines in their spaces.

The police has forwarded the case against the four business owners to the prosecutor’s office.

Daesung has released an official statement regarding the matter, explaining that as he had enlisted in the military soon after acquiring the building, he was unaware of what was going on but would do his best as the landlord to resolve the situation. 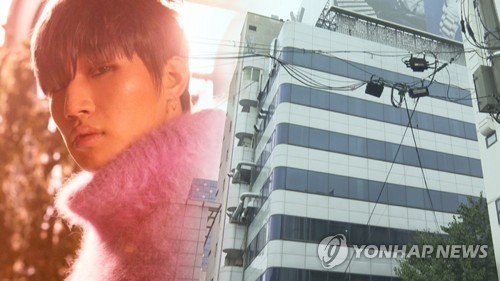