In May 2017, Lee worked as a social worker in the Gangnam District Office in Seoul. Last year, he received basic military training for four weeks at the Nonsan Training Center, returned to Gangnam Ward Office, and served in the Suseo General Social Welfare Center.

On the morning of this morning, Lee Min-ho went to work at the Suseo General Social Welfare Center. There are many fans from all over the world who welcomed the release of his call. Lee Minho, wearing a black jacket and jeans, greeted the fans who greeted him on his last commute. 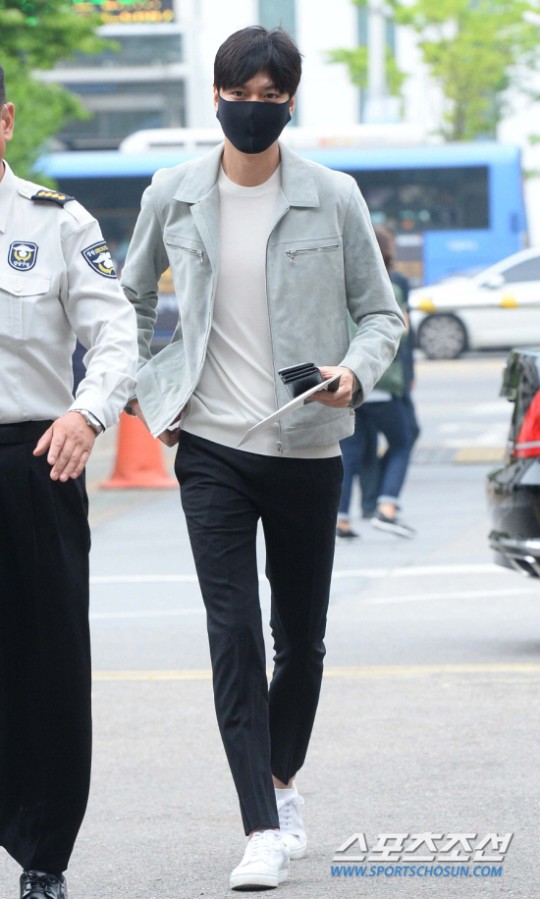 ee Min Ho is currently reviewing the next work is known. As the drama 'Boys over Flowers', 'Personal Taste', 'City Hunter', 'Gods', 'Inheritors', 'Legend of the Blue Sea' etc have been greatly loved, Lee Min Ho's return has attracted much attention.

On the other hand, Lee Min-ho suffered a traffic accident with Jung Il-woo in 2006, and his thighs and ankle bones were broken. In 2011, SBS 'City Hunter' was hit by a car accident during the shooting, and was awarded a grade 4 supplementary judgment in the re-examination.