'Level Up' was released the first script reading

MBN new drama "Level Up" is a romantic comedy drama that is struggling to release a new game, which is a restructuring specialist with the regeneration rate of 100%, Andante (Seong Hoon) and Game Deok Hwa Shin .

Prior script reading start, Director Kim Sang Soo revealed a strong aspiration saying, "I will do my best to work safely and happily until the end of the work." "It is very heartwarming to see actors and staff members. I wish I could finish it well without an accident, "Kim Dong-Gyu's enthusiastic response to the writer's words led to a friendly atmosphere.

Sung Hoon turned to the cold-blooded Andante, whose eyes were always cold, as he began to read the script, and added a rich flavor to his ambassadors by adjusting his strength. One-on-one, who is also a passionate game company development manager, Shin Yong Yoon, has also announced the birth of Rocco couples, who have been loving the colorful emotions and plump ambassadors and blooming Sung-Hoon and Tie-Tae Sung chemistries.

Yoo Sung CRC's managing director, Andante's best friend Park Gil-woo, Denian, Andante, and entertainment representative pear-shaped vegetable Kangbu and Yoo Sung CRC new employee Kwak Han-cheol, . In addition to that, I was filled with a delightful smile, and the scene was full of pleasant smiles because of the feast of character characters and actors' unexpected heat. 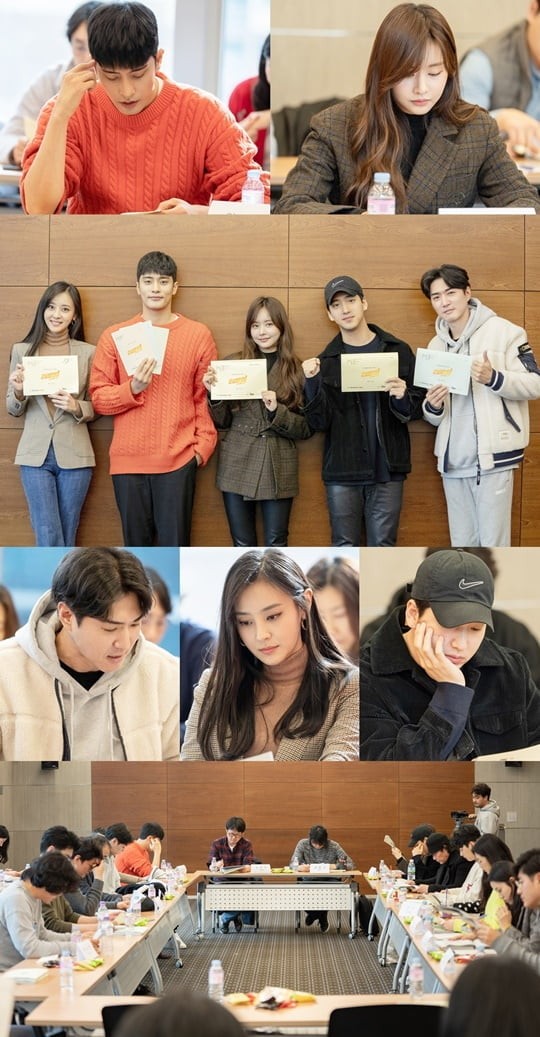