“One String Night” is a drama about the romance between two ordinary people. It tells the story of librarian Lee Jung In (played by Han Ji Min) who values the life she wants, and pharmacist Yoo Ji Ho (played by Jung Hae In) who is warm and sweet but has a fiercely competitive side.

In the stills, Jung Hae In and Han Ji Min stand outside in a flurry of snow right before the start of spring. Jung Hae In looks as if he’s just run out looking for someone as longing and desperation fill his eyes. Han Ji Min, meanwhile, stands in the middle of the street as she’s lost in thought. 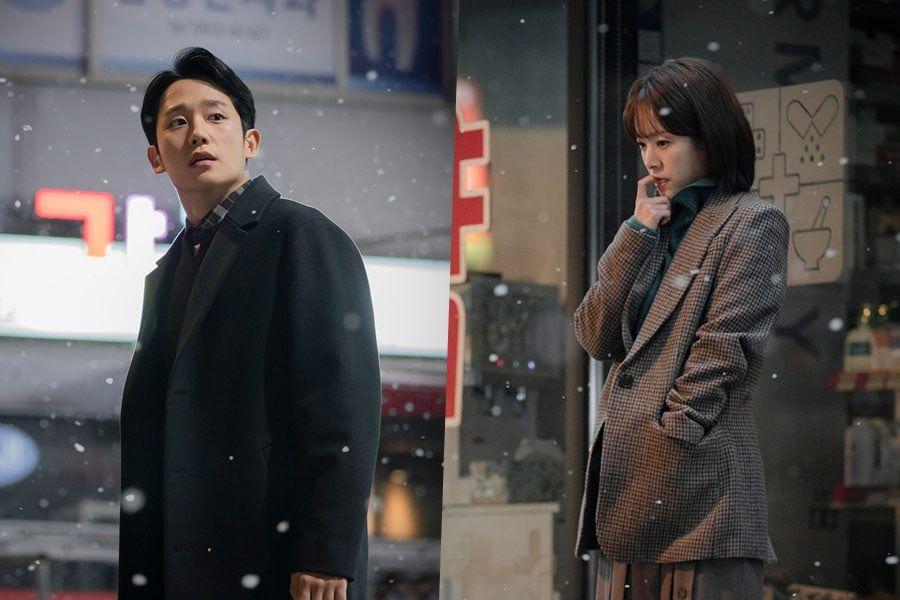