On February 21, Park Eun Seok made a guest appearance as a special MC on SBS "My Ugly Duckling". They were deeply moved to see him, complimenting his good looks and asking a few questions about his role in the drama "Penthouse".

After mentioning that Park Eun Seok is in the process of filming season 2 of "Penthouse", MC Shin Dong Yup asked Park Eun Seok about the possibility of having a love on the small screen with Lee Ji Ah. Although Lee Ji Ah's character Shim Soo Ryeon was murdered in the finale episode of season 1, many viewers were hoping that she would return in season 2.

Shin Dong Yup commented, "Many people are hoping a romance will begin between Lee Ji Ah and Park Eun Seok." The mothers agreed, "Yes, but then it all ends like that." Shin Dong Yup then asked, "Do you think people can expect something like that, just a little bit?".

Shin Dong Yup continued to ask Park Eun Seok to choose his ideal type among the three main female characters of "Penthouse": Shim Soo Ryeon - who has a weak appearance but strong inside, Cheon Seo Jin (Kim So Yeon ) - strong and charismatic person, finally Oh Yoon Hee (Eugene) - who is tough and knows how to overcome in life.

After some consideration, Park Eun Suk replied, "I think maybe it is 'Oh Yoon Hee, who is tough and knows how to overcome in life'.

Seo Jang Hoon then asked what kind of woman makes his heart flutter in real life. Park Eun Suk replied, “When someone's eyes sparkle when talking about his dreams. Do people know the expression on someone's face blossoming when talking about a job they are passionate about? That's when I see the charming side of a person. 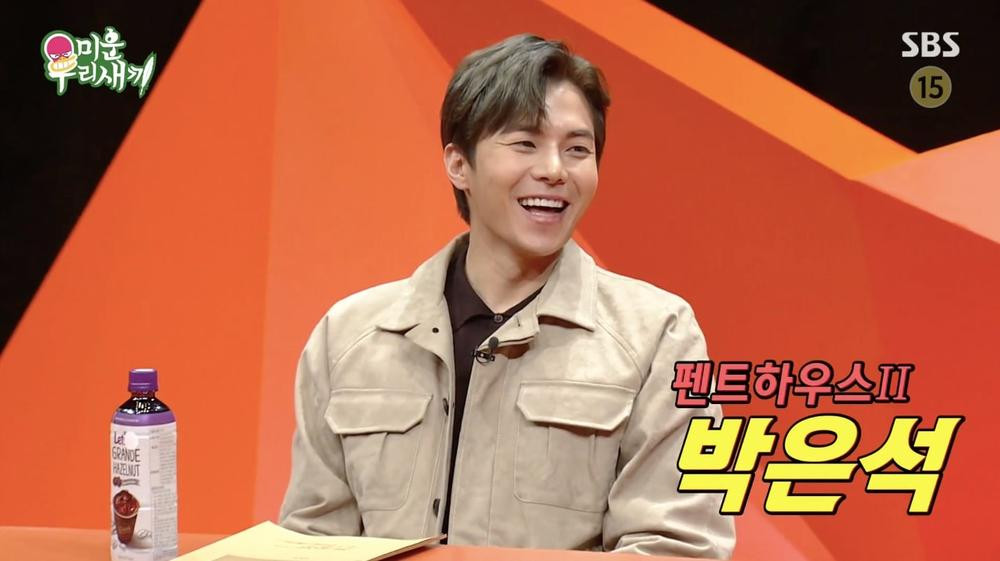 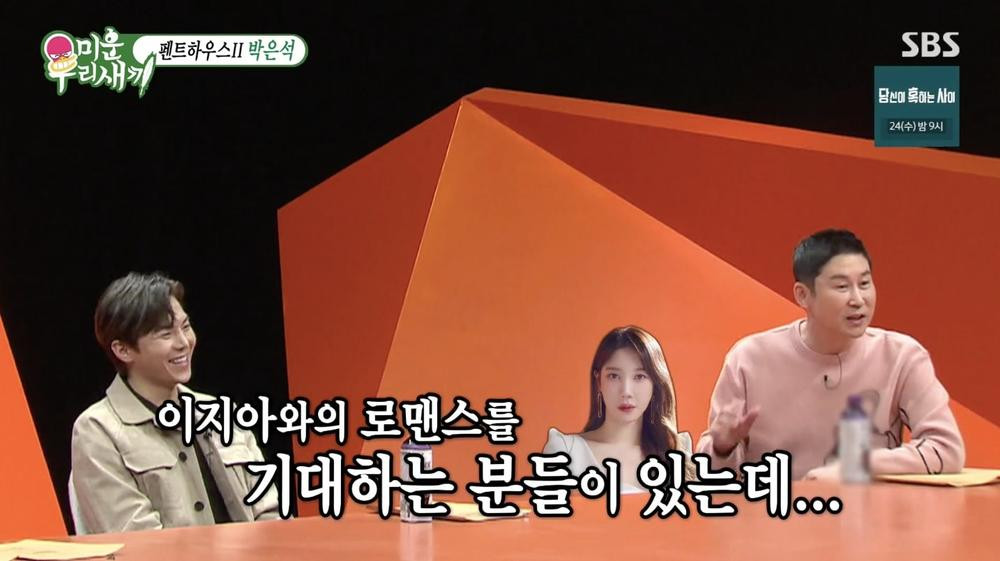 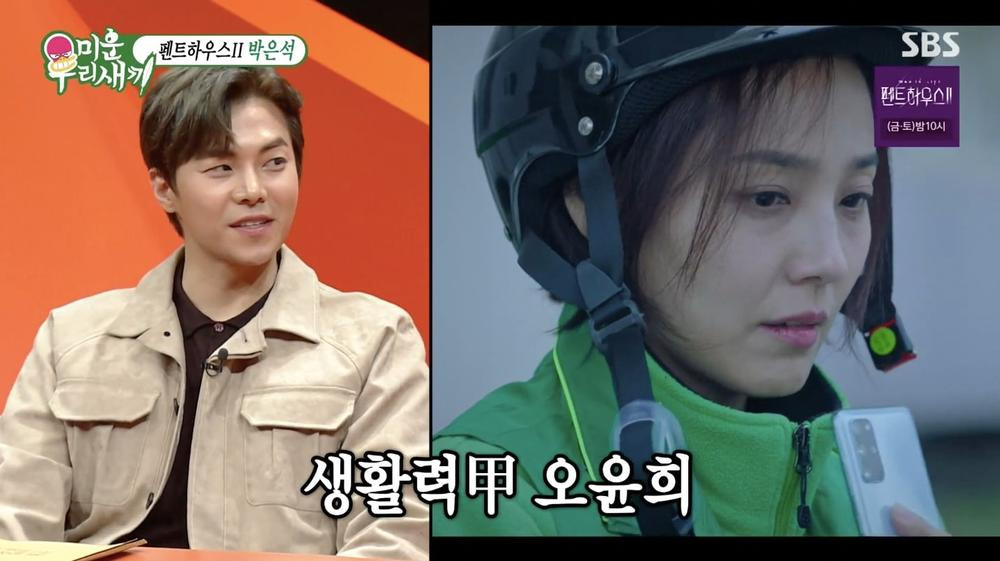