"Penthouse" season 2 leaked script after an actress suddenly revealed it on YouTube channel, and being fired by SBS is still getting the attention of the audience.

After there was a stream of information that writer Kim Soon Ok would change the script for part 2 due to the disclosure of content, SBS recently made moves that made fans extremely worried when suddenly changed season 2 show time from February 5th was previously confirmed to be "Scheduled to be broadcast in 2021". Thus, up to the present time, the manufacturer has not confirmed the exact return time of the "Penthouse" season 2.

Elsewhere, famous Korean journalist Jae Ha Kim also suddenly said that season 2 of the movie will be shown later this year, making audiences even more confused about the producer "Penhouse"has changed the timing of season 2. 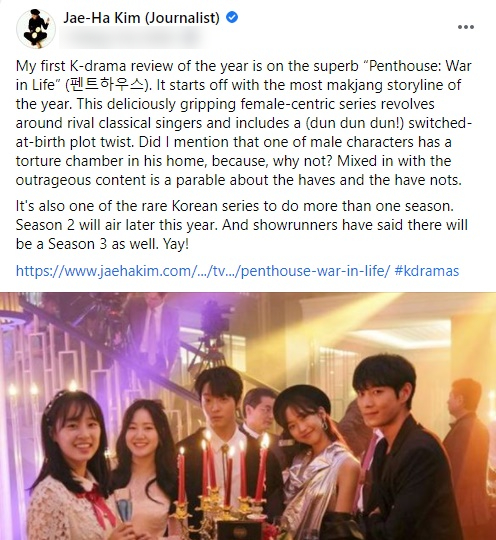