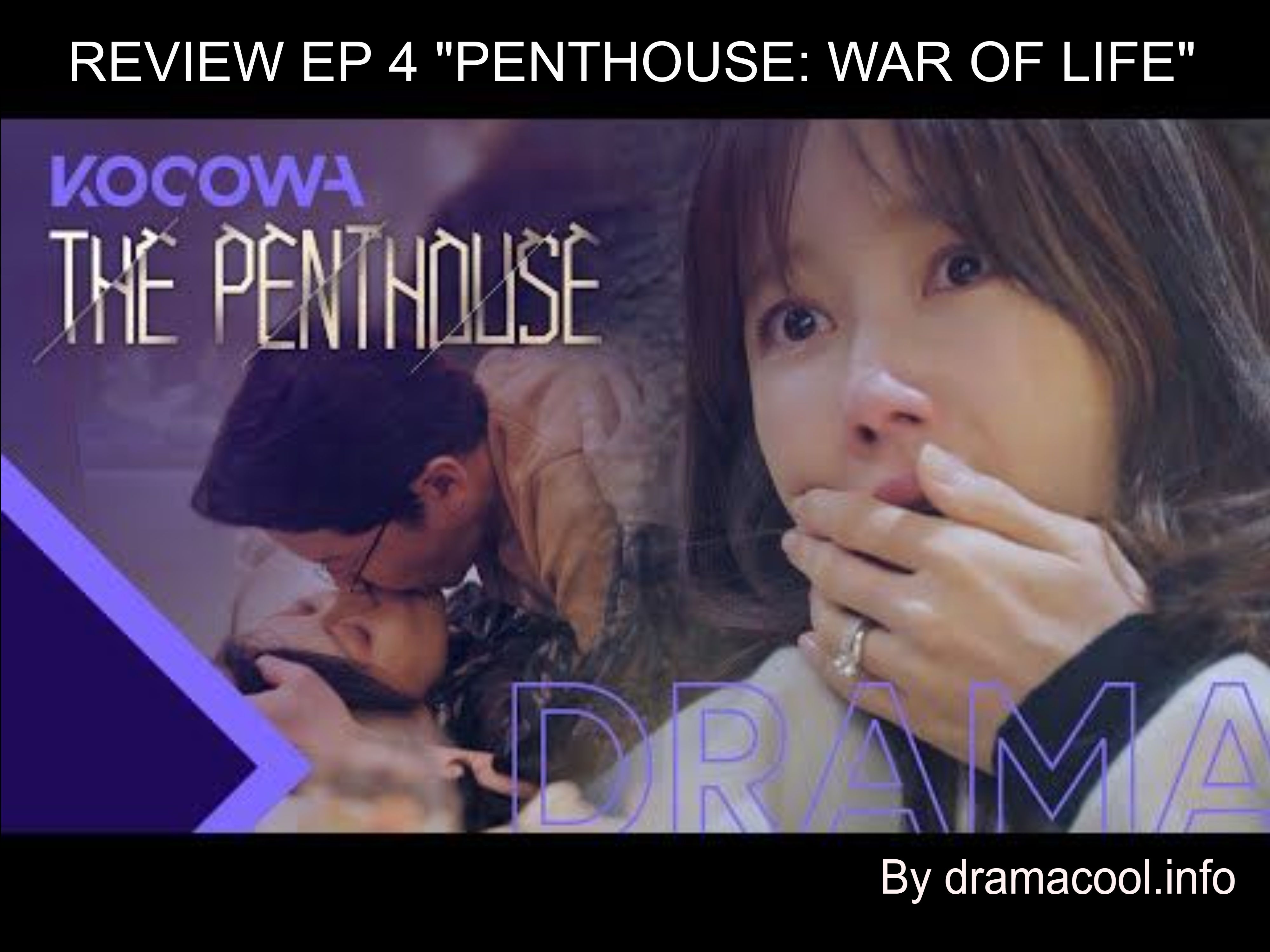 After Yoon Hee's phone call, episode 4 of "The Penthouse" shows the time going back to the party night, as we see what happened 14 hours ago.

Joo Dan Tae struggles to surpass his wife, who cheats on trying to find a daughter and find out her true identity. This happened, as expected, Seol A. Soo Ryeon was shocked to learn that Seol A had been adopted in the United States and returned to Hera Palace.

Ignoring the calls from her husband, Soo Ryeon instead tries to contact Seol A. She in vain, of course she doesn't pick up the phone, while Joo Dan Tae and Seol Jin try to find out what What to do with Seol A, who is still tied to the technical room.

Soo Ryeon answered another call from her husband and promised to show up soon. When she steps into the elevator and descends, Seol A is cut off from the technical room and stumbles down the stairs. There, she noticed someone watching her and she ran.

This then helps us to catch up with previous moments. Dan Tae and the rest of the group noticed Seol A's bloody corpse next to the statue and quickly ran over to see. Only their most pressing concern is the value of the statue.

In an attempt to protect Hera Palace, the horrible residents we know through the episodes decide to cover up the murder. They will pretend that Seol A was never there and release her to the village.

As time passed until the commemorative event, Seol Jin went to the technical room and tore Seol A's notebook, pretending to write a suicide note.

While she did that, Dan Tae, Yoon Cheol, and Kyu Jin together went downstairs with their bodies locked in a golf bag. With blood leaking from below, they managed to stop a security guard's threat and dump the body in their car.

Back at the Palace, Ma Ri begins to clean the blood stains but clashes with Seol Jin when she returns.

Meanwhile, the trio of guys arrive at Bosuk Village and start by deleting CCTV footage, frying all the cameras. Only, they seem to have lost Seo-A's shoe in the process. Even worse, Kyu Jin accidentally left behind a pocket watch. Their last step was to burn down her apartment.

With everything ready, the group returns to the party, pretending nothing has happened. Only thing they didn't take into account - Soo Ryeon. After waking up in the elevator and going downstairs, confused about what happened and thinking if it was a dream or not.

With blood stains on Dan Tae's shirt and everyone else at the event, she started to put together what happened and realized that it was all in it. Even worse, that lost shoe was actually tucked in the statue.

When news of a fire and a corpse at Bosuk Village broke, Soo Ryeon overcame all and ran down the area. She arrived just in time to see the body wrapped in a body bag, causing her to run after an ambulance ... until another car rushed in front of her and caused her to brake rapidly.

When Soo Ryeon woke up, she found herself in the hospital with Yoon Tae Joo taking care of her. She immediately asked if he was the one who called, and he confirmed himself. He's up against Dan Tae - despite being on pay - because he feels guilty and wants to reveal the truth about what happened 17 years ago.

This is where she learns Dan Tae has swapped the kids and Soo Ryeon, in a fury of grief, vows to kill the man if she gets a chance.

Meanwhile, Yoon Hee went to Hera Palace and immediately tried to find out what happened. Jenny suspects she's the one in charge and the blood on her hand certainly makes for a particularly favorable picture. Ro Na calls and confirms that she has reached Cheol but this short happy period is short-lived.

The police arrive at Hera Palace and start to question everyone about what happened to Seol A. When Seol Jin finished her interview, she went upstairs and revealed a nasty bite on her forearm. . We then went back in time to watch Seol A mock Seol Jin until she kept screaming at her face wanting to die.

Meanwhile, the police decided to consider this a suicide because of how many other cases they have suffered. With the body about to be cremated, Yoon Tae Joo moved the body bag and allowed Soo Ryeon to have a brief moment with his daughter. During the autopsy, they found a USB that she had swallowed and handed it over to her.

Dan Tae smugly told Seol Jin that their luck was about to change, dealing with Seol A. In their own house, they clinked and started kissing ... as soon as Soo Ryeon returned home and watched them. together.