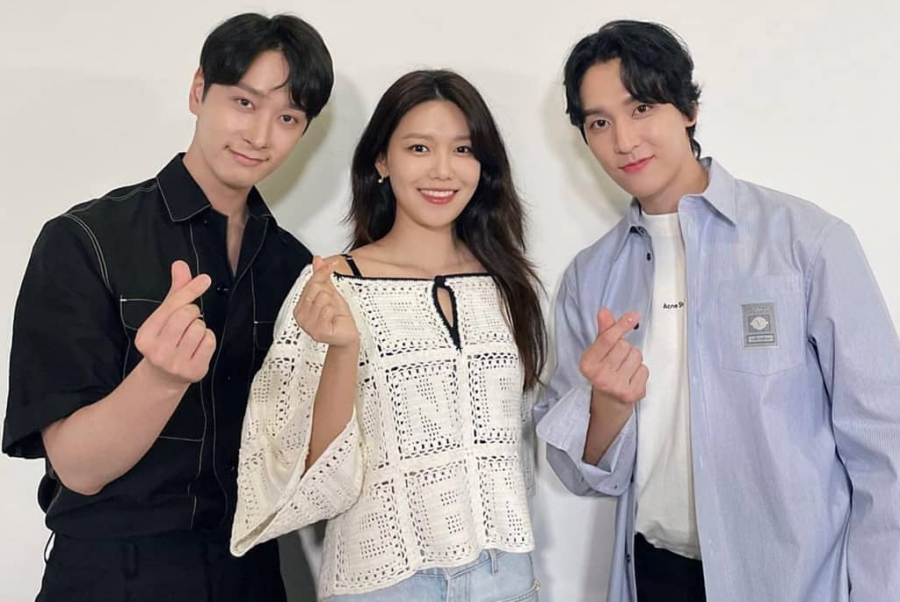 After topping the list of being the most popular drama in the online streaming platform iQiyi, "So I Married an Anti-Fan" cast made a surprise interview for the fans.

On June 9, the "So I Married an Anti-Fan"cast Choi Tae Joon, Sooyoung, and Chansung appeared in a special interview in one of the famous online apps, V Live. This was also their first time to be complete three years after they finished filming the drama.
Choi Tae Joon was still in the military when the drama presscon was held. Meaning, this livestream is Choi Tae Joon's first public appearance after he was discharged from the military last May.
As guests on the special broadcast of "So I Married an Anti-Fan Live Talk" on V Live, the three drama leads of the series were asked about their experiences while doing the project.

They hand-picked the questions, and when Choi Tae Joon was asked what scene from the drama left an impression on him, he confessed that it was the moment when he first met Sooyoung's character in a club and got hit by her high heels.
When it was Sooyoung's turn, she shared, "The moment that left an impression on me was when I went to the convenience store to eat ramen."

She added that she has lots of scenes in mind, which she considers precious moments since they all had a time and good memories throughout the filming.

"So I Married an Anti-Fan" Cast Compliment One Another Well

Meanwhile, Choi Tae Joon expressed his admiration for his onscreen partner.
The actor said, "Sooyoung is pretty, she has a lot of charms. She seems quiet but Sooyoung is also smart and gentle."
He continued, "Also, she has this kind of charm where you want to tease her."
In response to Choi Tae Joon, Sooyoung said that it was her first time to hear from someone that she is quiet and gentle. 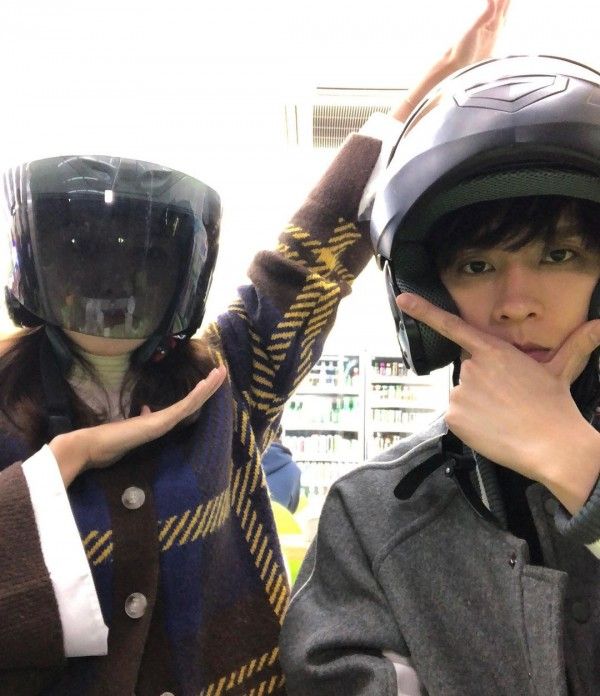 The cast continued to show their closeness by sharing more of their stories. Choi Tae Joon said that Sooyoung is the type of person whom he would introduce to his family.
The SNSD member and actor Choi Tae Joon are both taken by their respective romantic partners, but they have amazing onscreen chemistry, making the viewers crave more of their sweet moments in the drama.

I'm so late!! But finally got to watch them together doing this live talk at Vlive ??
Choi Tae Joon, Choi Soo Young, and Hwang Chan-Sung from "So I Married The Anti Fan" ??#SoIMarriedTheAntiFan
©Photos from SY's IG: sooyoungchoi pic.twitter.com/gB6lxND8n9

Further, Sooyoung also showed her admiration for Chansung as she complimented him for saying that he looked like a character from a manhwa (comic books in South Korea).
The 2PM member revealed that Choi Tae Joon is a very sincere person and has a sense of responsibility, which made him look more attractive. He added that his smile is one of his best charms.
Catch the next "So I Married an Anti-Fan" episodes on iQiyi every Friday and Saturday at 6 p.m. (KST).
Are you watching "So I Married an Anti-Fan"? What's your favorite scene so far? Don't forget to share your thoughts with us in the comments!
Watch more information of drama “So I Married an Anti-Fan (2021) ” at here.
Source: [Kdramastars]
Tags: #So I Married an Anti Fan 2021; #Choi Soo Young; #Han Ji Ahn;
Comments
Comments
Day
Week
Month