Episodes: 32
Airs: Dec 2, 2020 - Jan 28, 2021
Airs On: Wednesday, Thursday
Original Network: KBS2
“If You Cheat, You Die” is a is comic mystery thriller about a novelist wife who only thinks about how to kill people, and her husband, a divorce lawyer who wrote a memorandum titled "If You Cheat, You Die". It tells an unconventional and intense story about adults who do bad things with guilt. 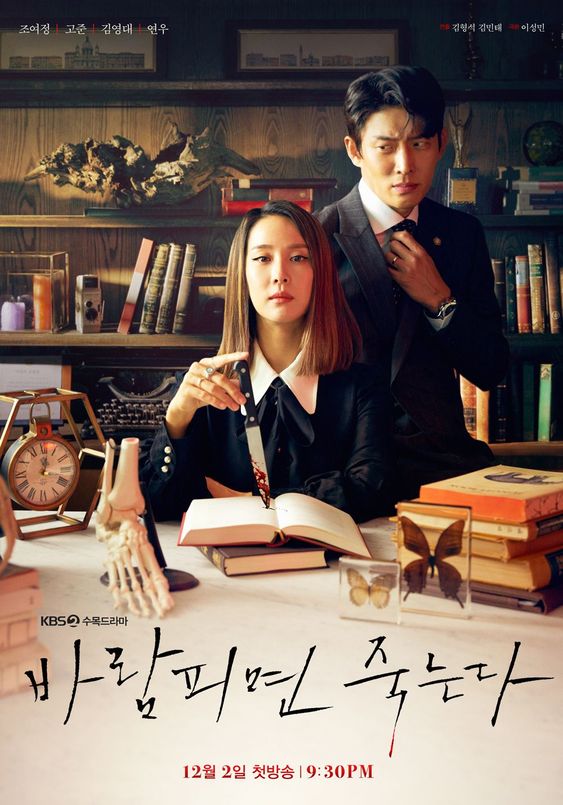 Episodes: 12
Airs: Dec 8, 2020 - Jan 15, 2021
Airs On: Tuesday, Friday
Original Network: Daum Kakao TV, Netflix
Lovestruck in the City is a realistic portrayal of young people who pursue romance and happiness while struggling to get by in a busy, competitive urban environment.
Park Jae Won is an honest man, a passionate architect and a lover of city alleyways. His hobby is collecting more hobbies. A romantic at heart, he cannot forget a certain woman. This thief of his heart and his camera had disappeared like a fleeting midsummer night’s dream.
Lee Eun Oh is an ordinary woman who temporarily reinvents herself as the spontaneous and free spirited Yun Seon Ah. She takes off to a remote place on an impulse and falls in love with Jae-won under this new identity. 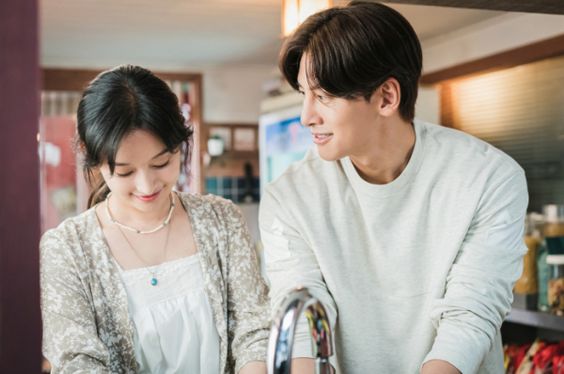 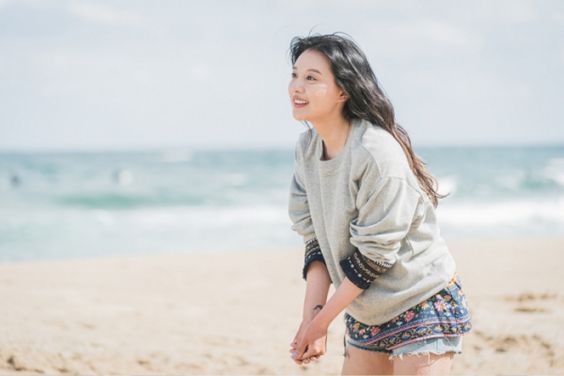 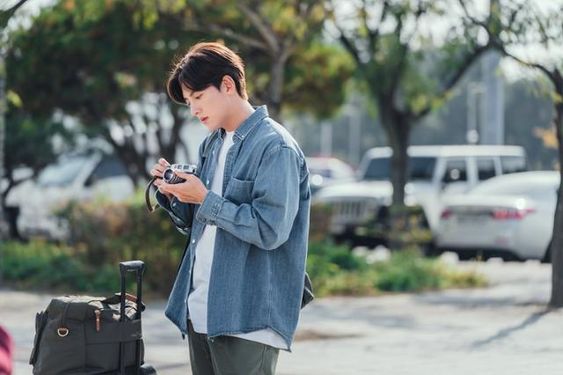 Episodes: 16
Airs: Dec 9, 2020 - Jan 28, 2021
Airs On: Wednesday, Thursday
Original Network: tvN
"True Beauty" is a romantic comedy about a high school girl Lim Ju Gyeong, who rises to pretty girl fame after she masters the art of make-up from YouTube. She turns into a goddess because of her makeup skills, but would rather die than reveal her bare face to anyone. It tells her love story with the only boy that saw her without makeup, Lee Su Ho. Lee is an attractive and handsome boy who appears cold because of his dark past but is actually very caring. They grow when they meet each other sharing their secrets and finding love with each other, but can Su Ho make Ju Gyeong find her true beauty? 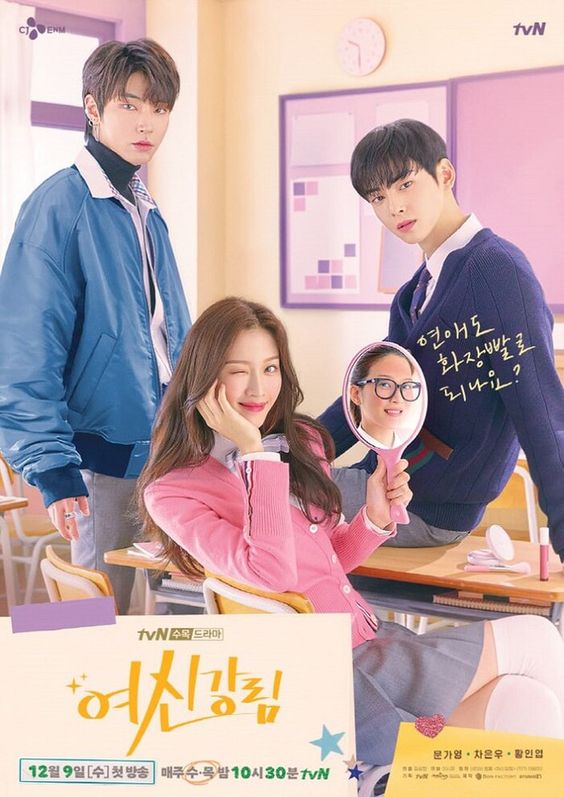 Airs: Dec 11, 2020 - Jan 30, 2021
Airs On: Friday, Saturday
Original Network: jTBC
“Hush” is an office drama about newspaper reporters and their everyday struggles, problems, and ethical dilemmas.
Han Jun Hyeok is a veteran reporter for a newspaper. He first became a reporter to pursue justice, but he is now conflicted between idealism and pragmatism. Han Jun Hyeok must also deal with personal issues as a husband and father.
Lee Ji Su is a bold intern reporter who isn’t afraid to say what needs to be said, even during a job interview. When she meets Han Jun Hyeok as her mentor, she begins to dream of becoming a true journalist.

Episodes: 20
Airs: Dec 12, 2020 - Feb 14, 2021
Airs On: Saturday, Sunday
Original Network: tvN
In the present day, Jang Bong Hwan works as a chef at the President's Blue House. She has a free spirit, but her spirit somehow finds its way into the body of Queen Kim So Yong in the Joseon period.
King Cheol Jong has secrets. He seems like a figurehead, who is gentle and easygoing. In fact, he hides his strong aspects. Queen Sunwon is the late King Sunjo’s wife. She wields the true power in the country and, thus, relegates King Cheol Jong as just a figurehead. Kim Jwa Geun is Queen Sunwon’s younger brother. He is extremely ambitious.

Episodes: 16
Airs: Dec 16, 2020 - Feb 4, 2021
Airs On: Wednesday, Thursday
Original Network: jTBC, Netflix
Ki Sun Gyeom is a sports agent who was once a popular sprinter on the national team but was forced to quit due to legal issues. Oh Mi Joo writes translated subtitles for movies. She was thrilled to see her name listed among the credits when she first started.
Ki Sun Gyeom had just quit sprinting when he encountered Oh Mi Joo, who felt that destiny most certainly brought them together.
Seo Dan Ah is the CEO of a sports agency and rightful successor to the Seomyung Group.  Despite this, she is held back from advancing in the company due to her gender. She fiercely wishes to reclaim what is rightfully hers and lives her life accordingly. Lee Young Hwa is a university art major who enjoys movies and drawing will soon enter her life.
Could romance be in the cards for these two couples?

Episodes: 32
Airs: Dec 21, 2020 - Feb 9, 2021
Airs On: Monday, Tuesday
Set towards the end of the Joseon era, Sung Yi Gyum placed first in the state examination and he now works at the Hongmungwan (administrative and research department). He doesn't have a goal or ambition for his life. One day, Sung Yi Gyum is caught gambling. As punishment, he is assigned to work as a secret royal inspector. His job is to eradicate illegal acts and corruption by public officers. He carries out his new job with the help of Hong Da In and Park Chun Sam. Hong Da-In is a female inspector and solves cases with Sung Yi Gyum. Park Chun Sam is Sung Yi Gyum’s servant. Park Chun Sam is talkative, affectionate, and tearful.
Meanwhile, Sung Yi Bum is Sung Yi Gyum’s younger stepbrother. His father is a nobleman, but his mother is a slave. Due to his mother's low social status, his father does not accept him as his real son and he is barred from having certain opportunities. He opposes his older stepbrother Sung Yi Gyum.