The drama is an epic action piece, set against the backdrop of Joseon during the Japanese occupation, and centers around the underground Korean independence movement.

The central character and leader of said movement is real life historical figure Kim Won bong (played by Yoo Ji tae). As the story sets out, fate leads him to Doctor Lee Young jin (fictional character played by Lee Yo won) who unexpectedly joins Kim as he spearheads the fight for independence. Although Lee Young jin lives as if she is Japanese, she conceals a troubled childhood and past. She was actually born in Joseon to a Korean family, but her parents were killed by Japanese military and she was then placed into the care of a Japanese family. As an adult, she makes the choice to become a secret agent for the independence movement. 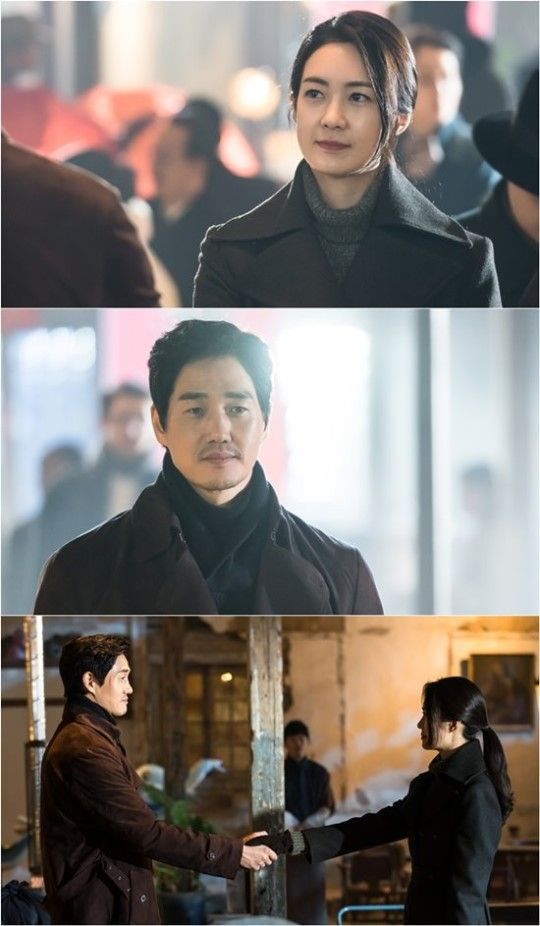 The released stills show the two characters meeting on a platform of a train station in Manchuria. Although the context is unknown, the two look at each other with small but warm smiles. The third photo shows a different scene in which the two are shaking hands. It suggests that some kind of agreement or decision has been finalized. In an interview, the production crew explained that the scene signified two different paths becoming one dream.

Different Dreams is currently set to premiere next month on May 4, 2019